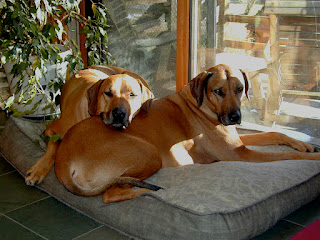 I’m drawn to large, inscrutable animals, which may explain Asa and Finn, my two Rhodesian ridgeback pals who, together, outweigh me by close to a hundred pounds. It must also account for my lifelong passion for horses. It’s not just their size, grace, and power, but that alien intelligence lurking in their large eyes and huge, faintly prehistoric-looking heads that I can't resist. Still, for sheer size, intelligence, and prehistoric inscrutability (if not grace), it’s hard to beat the elephant. I’ve never ridden one, but I do admire them. Having grown up in Sarasota, Florida when it was a circus town, I saw them from time to time. My first horseback riding lessons took place just across the road from the Ringling Brothers circus winter quarters, and resident members of the elephant menagerie sometimes observed these lessons with apparent interest from their large pen. Wonder what they were thinking? The memory of those big, wise, wrinkly faces has stayed with me ever since, so I guess it was inevitable that eventually I'd write about them. My novel-in-progress features, among other characters, an actual Ringling elephant named Dolly, whose sad story I read about long after I'd left home. Working title: The Elephant Graveyard.

“My” elephant graveyard refers to an actual place that reportedly existed on the grounds of the winter quarters (which left Sarasota decades ago), but stories about other, wilder and more exotic elephant graveyards in various places in the world have been around for quite some time. Most of these stories stem from popular legends of a special, secret place where old and sick elephants, it's said, go to die. No one has ever found such a place, which you can read about here, but the idea of an elephant graveyard adds to the deep mystique of these large-brained, complex creatures.

Here are two stories about elephants that are true. First, elephants as a species, at least in some parts of the world, may be losing their tusks. It's a natural response to the violence of poachers who kill elephants for their valuable ivory. Being born without tusks is a genetic variation or mutation (and a real handicap for the tuskless elephant) that was once rare, but is increasingly common as elephants who have tusks are illegally and cruelly slaughtered before they have a chance to reproduce. In many places, poachers have decimated the elephant population. (More about this here.)

The second elephant story involves the opposite problem: too many elephants. This is the same dilemma faced by wild horses in America, but with one big difference: elephants are huge! They’re the largest land mammals living on earth today. A wild African elephant can weigh more than ten times what a wild horse weighs, so they take up a lot more space, eat a lot more food, and trample any vegetation that happens to be under their massive feet. In South Africa, a successful elephant conservation program has led to an increase in the elephant population from only 100 animals a century ago to more than 20,000 today, most of them living within fenced preserves. Yikes!

But it turns out that science is providing one solution: the same solution, in fact, that is keeping some populations of wild horses within sustainable limits in America. PZP, the immune system-based contraceptive developed in Montana by Dr. Jay Kirkpatrick and first tested on the wild horses of Assateague, Maryland, works just as well—even better!—when given to female elephants. It’s safe, has no significant side effects, and is close to 100 percent effective in preventing elephant pregnancies. One South African province is leading the way into the future, expanding its use of PZP as a much kinder alternative to culling herds. You can read about that here. Very cool story. 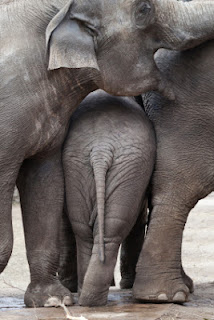